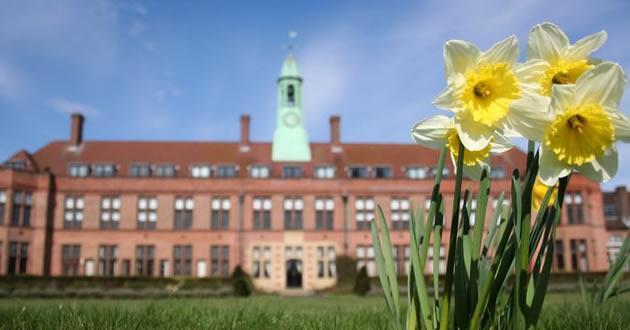 Liverpool Hope University is a university in Liverpool, England. It is one of the oldest higher education institutions in the North West of England and one of its newest universities. Two of its three founding colleges were established in 1844 and 1856, the third opening in the 1960s. The University has an employment rate of 97.3% within the first year of graduation, making it one of the most successful universities in the North West of England in terms of graduate employment and attracts students from some 65 countries worldwide.

Work from two of Liverpool Hopes departments scored the highest possible grade in the most recent Research Assessment Exercise (RAE). The work was assessed in the categories of Theology, Divinity and Religious Studies and Social Work and Social Policy and Administration and was described under the RAEs criteria as showing Quality that is world leading in terms of originality, significance and rigour. A number of submissions from other Hope departments were assessed as internationally excellent in terms of originality, significance and rigour.

Liverpool Hope prides itself on the quality of its research. It seeks the highest academic standards while helping students to become responsible citizens of the world. As one of Britains smaller universities it values the individual. Care, concern and support for students are always a priority.